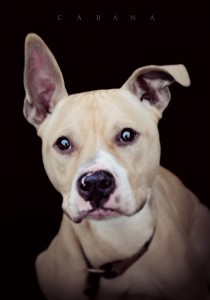 because of a lack of resources and exposure in their communities.

The task force hypothesized that if Massachusetts dogs were provided with resources similar to those given to imported dogs, they would also have a chance at finding their “forever home.”  AniMatch was created as a system to support the intrastate evaluation and transfer of pets, affording these forgotten dogs that opportunity.  We are grateful to the ASPCA who awarded two sizable grants to support the development of the AniMatch Program.

AniMatch provides Canine Body Language and Behavior Observation training for participating organizations and volunteers considering becoming part of AniMatch. The goal is to enable participantsto use the same standardized, objective criteria when posting available dogs on AniMatch's database. This allows organizations to make realistic decisions regarding their ability to help a particular dog.

AniMatch is now a permanent MAC program.  To date, 259 animal welfare workers have taken part in AniMatch's training, of which 243 have been approved to transport dogs for AniMatch, and 118 have been approved to perform the AniMatch Behavior Observation.  In 2014 AniMatch Behavior Observers performed 106 behavior observations for dogs housed in Massachusetts shelters, rescues and animal control facilities.

The collaborative partnership among the Animatch network of animal welfare groups has created a safety net that provides a second chance for hundreds of adoptable dogs in Massachusetts. Since the program's inception, the number of dogs helped through AniMatch is approaching 2500.